Suggested resources and other information for beginning research on the topic of adoption. 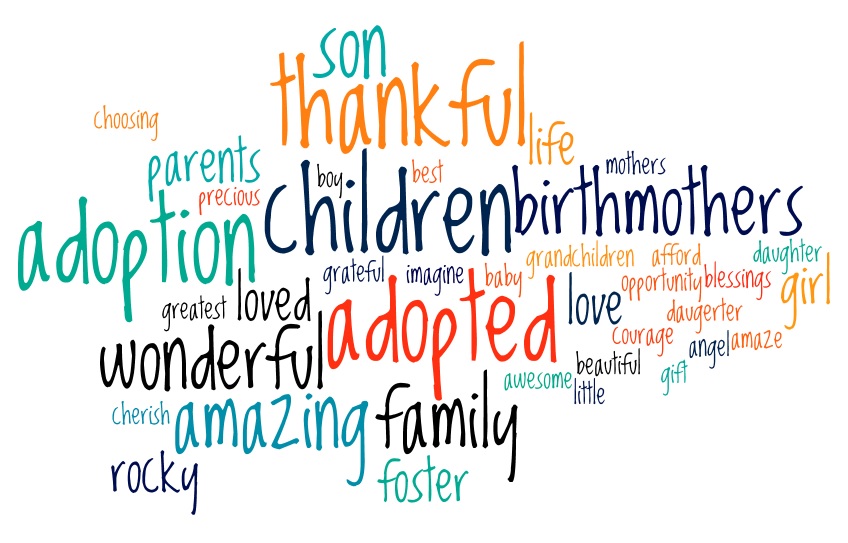 Unlike guardianship or other systems designed for the care of the young, adoption is intended to effect a permanent change in status and as such requires societal recognition, either through legal or religious sanction.

Meanwhile, a permanent family will be sought for the child, usually beginning with relatives. If no relative is found for adoption, the foster family will often have the next opportunity to adopt the child (known as “foster to adopt”). At this point, if the foster family is not interested or able to adopt, the child becomes a “waiting child” until a permanent home is found for them. This is when the state will look for families who are interested in adopting from their state foster care system.

On any given day, over 437,000 children are living in the U.S. foster care system and the number has been rising. Over 125,000 of these children are eligible for adoption and they will wait, on average, four years for an adoptive family.

In 2018, 56% of the children who left foster care were reunited with their families or living with a relative; 25% were adopted.

Most of the domestic infant adoptions that occur today feature some degree of openness. This means the birth parents who agree to the adoption of the child have ongoing contact with the child and adoptive family as the child grows older. Open adoption relationships are negotiated through enforceable contracts known as post-placement contact agreements. The opposite of an open adoption is known as a “closed adoption”. Closed adoptions have fallen out of favor in recent decades because most behavioral experts agree that maintaining an open relationship between adoptive and birth families is best for adoptees and their first families.

Families from every background can adopt an infant in the United States.

International adoption (or intercountry adoption) is the placement of a child from another country with a family from the United States.  Countries throughout the world allow children to be adopted into the United States when they can’t be cared for in their home country.

The process of adopting a child from another country varies greatly, as it is governed by the laws of United States (both federal and state law) and the laws of the country where the child was born.  However, the United States requires that every intercountry adoption follow certain procedures. Most include the following steps:

3. Be matched with a child.

4. Adopt or gain legal custody of the child in their birth country.

5. Obtain a visa for the child moving to the United States.

6. Travel home with the child.

International adoptions can be a long and arduous process. But if you remain positive and patient, you will make it to the finish line and you will bring home your child.

Of the 594,000 same-sex couple households in the United States, 115,000 have children. Some people say that children need both a mother and a father to raise them, but there are many others who believe that gender does not matter when parenting. Over the years, the number of children living with LGBT parents has risen tremendously. As the trend continues, that number will only increase, as same sex adoption and parenting becomes more and more widely accepted.

Here are some additional statistics supporting gay adoption in the United States:

In terms of intercountry adoption, the United States has been the largest recipient of adoptees from other countries since 1970. The majority of these children are from Eastern countries, with most coming from Asia, particularly from South Korea and China. South Korea remained the top “sending” country to the United States from the 1950s to the 1980s.The trend in adoption of Korean children by White American families stemmed from the United States’ engagement in the Korean War. Children were orphaned, and those who were biracial—the offspring of Korean women and U.S. servicemen—were highly stigmatized in Korea. Between 1999 and 2018, more than 20,000 Korean children were adopted into the United States. In the case of China, the One Child Policy, enforced beginning in 1979, led to the abandonment of tens of thousands of Chinese babies, primarily females. After allowing intercountry adoption beginning in 1992, China quickly became the main source of transracial adoptees to the United States. For nearly every year between 1995 and 2017, China remained the top sending country to the United States with a total of more than 80,000 Chinese children who have been adopted.

Transracial adoptees may experience a sense of racial isolation because many grow up as one of the few, or only, children of color within their school, neighborhood, or larger community. Lacking support from others who implicitly understand their racialized lived experience leaves transracial adoptees feeling extremely alone. Thus, when their children share the experiences of being teased, stigmatized, excluded, singled out, or somehow made to feel “other” because of their racial background, their status as adopted children, and/or their status as transracial adoptees, adoptive parents may be unprepared to effectively support them.

If you are a parent wanting to adopt transracially there are questions you need to ask yourself. Can you see yourself parenting a child of another race? Will you be able to prepare your family to experience racism now that you are a transracial family? Will you be able to ask questions about culture, not be afraid of saying the wrong thing or embarrassed not knowing the answer? Do you have any ongoing relationships with people of different ethnicities? How will your family and friends feel? Will they accept your child?

There are many, highly successful transracial adoptions, but families who succeed will tell you that it took real effort to help their child know how to handle racism and develop a good self-concept including a positive racial identity.

Statistics reveal that nearly one-quarter of children are growing up in single-parent households, while almost 25% of adoptions are single-parent adoptions. It is not just the numbers that lend credence to domestic single parent adoption. Plenty of research studies have shown that children raised by single parents have experienced just as positive outcomes as children adopted by couples.

Single parents also have plenty of benefits to offer for children who need a home. Single parents invariably have had happy and fulfilling childhoods and they want to share that experience with their adopted child. Moreover, they have the same commitment and devotion as married couples when it comes to their approach towards adoption and are equally capable of providing a stable, loving and nurturing environment at home for a child. Adoptive single parents use family and friends for extended support and give their child full attention. They are secure with financial planning for the future and a vast majority of them are settled in their careers.

At present, adoption laws and regulations are favorable for single parent adoption across the United States (in all 50 states), be it a single mother or a single father who petitions a court to adopt a child.

In domestic private placement adoptions, birth parents select the adoptive parent(s) with whom they want to place the baby. This causes fear in the minds of some single parents that birth parents will more likely choose a couple to adopt. However, in reality, there is a lot of subjectivity in the birth parents’ choices, and a majority of birth parents do not express a preference and just want a wonderful home for their baby. They consider all family types without discrimination and make their choice based upon the connection they feel towards the adoptive parent(s).
AdoptHelp

Adoptive children are at an increased risk for reactive attachment disorder, which results from the disruption of the attachment process by neglect, physical abuse, sexual abuse, or frequent change in the primary caregivers in the first few years of the child's life.

Signs and symptoms may include: