This guide offers general information and resources for those interested in learning more about Alzheimer's Disease. 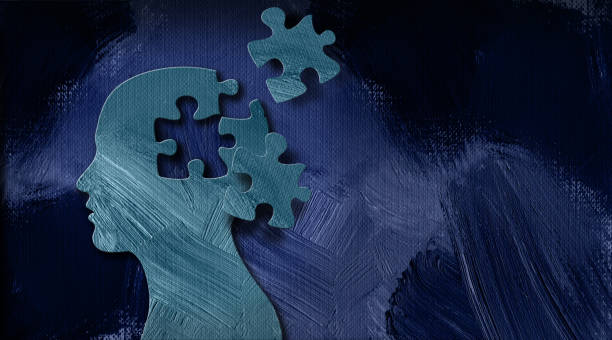 Alzheimer's disease (AD), also referred to as Alzheimer's, is a chronic neurodegenerative disease that usually starts slowly and gradually worsens over time, becoming severe enough to interfere with daily tasks. It is the cause of 60–70% of cases of dementia. The most common early symptom is difficulty in remembering recent events.

Not everyone will experience the same symptoms or progress at the same rate. This seven-stage framework is based on a system developed by Barry Reisberg, M.D., clinical director of the New York School of Medicine's Silberstein Aging and Dementia Research Center.

Stage 1:   No impairment (normal function). The person does not experience any memory problems. An interview with a medical professional does not show any evidence of symptoms of dementia.

Stage 2:  Very mild cognitive decline (may be normal age-related changes or earliest signs of Alzheimer's disease). The person may feel as if he or she is having memory lapses - forgetting familiar words or he location of everyday objects but no symptoms of dementia can be detected during a medical examination or by friends, family or co-workers.

Stage 3:  Mild cognitive decline (early-stage Alzheimer's can be diagnosed in some, but not all, individuals with these symptoms). Friends, family or co-workers begin to notice difficulties. During a detailed medical interviews doctors may be able to detect problems in memory or concentration. Common stage 3 difficulties include:

Stage 4:  Moderate cognitive decline (Mild or Early-stage Alzheimer's disease). At this point a careful medical interview should be able to detect clear-cut symptoms in several areas:

Stage 5:  Moderately severe cognitive decline (Moderate or Mid-stage Alzheimer's disease). Gaps in memory and thinking are noticeable and individuals begin to need help with day-to-day activities. At this stage those with Alzheimer's may:

Stage 7:  Very severe cognitive decline (Severe or Late-stage Alzheimer's disease). In the final stage of this disease, individuals lose the ability to respond to their environment, to carry on a conversation, and eventually to control movement. They may still say words or phrases.

At this stage indivuals need help with much of their daily personal care including eating or using the toilet. They may also lost the ability to smile, to sit without support and to hold their heads up. Reflexes become abnormal. Muscles grow rigid and swallowing is impaired.

REMEMBER: It is difficult to place a person with Alzheimer's in a specific stage as stages may overlap.

The Alzheimer's Association 24/7 Helpline provides reliable information and support to all those who need assistance. Call us toll-free anytime day or night at 1.800.272.3900.

Our highly trained and knowledgeable staff can help you with: