Information and resources on net neutraility. 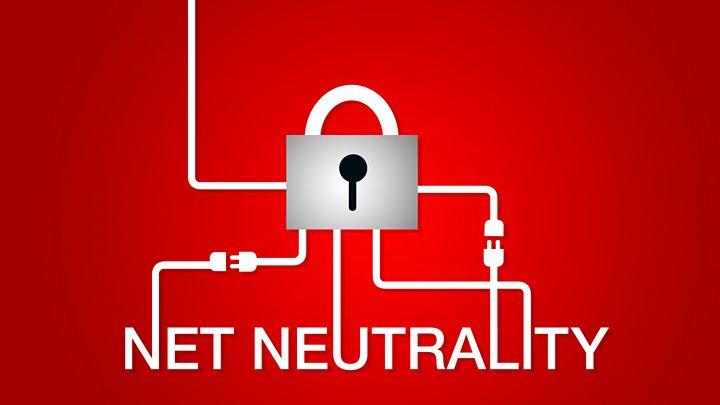 What is net neutrality?

To put it plainly, net neutrality is the ideal that all traffic on the internet—no matter what it is—deserves the same level of priority. Nothing can be throttled, given priority, blocked, or otherwise interfered with, which means it's on internet service providers to treat traffic fairly. In order to ensure that they do, proponents say, the government needs to regulate the internet.

What is an 'Open Internet'?

Sometimes referred to as "net neutrality," "Internet freedom" or the "open Internet," these rules protect your ability to go where you want when you want online. Broadband service providers cannot block or deliberately slow speeds for internet services or apps, favor some internet traffic in exchange for consideration, or engage in other practices that harm internet openness.

2003 — The term "net neutrality" is coined by law professor Tim Wu. It is the idea that Internet service providers should treat all Internet traffic equally.

2005 — Supreme Court decides that cable Internet is an information service and therefore will not be regulated by the FCC, which has jurisdiction over telecommunication services.

2007 —Robb Topolski a cancer-stricken network expert moonlighting as a barbershop quartet singer noticed that his quartet songs weren't getting transferred using BitTorrent. After running tests, Topolski concluded that Comcast was sending reset packets, or messages between the computers that stops file transfers.

BitTorrent is a protocol for peer-to-peer file sharing that is most often used to transfer big files over the Internet. BitTorrent maximizes transfer speed while minimizing bandwidth by gathering pieces of the file you want and downloading pieces simultaneously from people who already have them.

Independent of Topolski's investigation, the Associated Press picked up the Comcast story. They described the disruption in terms of the telephone: "If it were a telephone conversation, it would be like the operator breaking into the conversation, telling each talker in the voice of the other: 'Sorry, I have to hang up. Good bye.'"

2008 — FCC rules against Comcast for BitTorrent blocking, and orders Comcast to disclose throttling practices to customers and to stop discriminating against BitTorrent traffic.

2010 — the FCC passes Open Internet Order which called for Internet Service Providers (ISPs) to treat Internet traffic equally. The order calls for ISPs to (1) be transparent about how they handle network congestion, (2) prohibit blocking of traffic on wired networks, and (3) outlaw unreasonable discrimination on those networks.

Shortly after the FCC's proposal, Verizon sues FCC for not having the authority to regulate broadband Internet because it was a "information service" rather than a "telecommunication service", which the FCC has jurisdiction to regulate.

2012 — public interests groups threaten to file a formal complaint to the FCC about the violation against the commission's Open Internet rules when AT&T blocked FaceTime for customers unless they subscribed to a "Mobile Share" plan. AT&T agrees to unblock FaceTime.

March — Reed Hastings, CEO of Netflix, called out ISPs on the company blog saying there should be stronger net neutrality laws that prevent companies like Comcast and Verizon from charging services like Netflix and YouTube (and intermediary companies) a connectivity fee.  Hastings wanted sufficient access to the network without a charge, so that big companies couldn't simply pay for better connectivity.

May — FCC proposed ISP prioritize or allowing for companies to pay to be in a connectivity fast lane.

September — Across the Internet, websites  like Wordpress and Reddit participated in Internet Slowdown Day to increase awareness about what the Internet would be like without net neutrality.

November — President Obama calls for reclassification of the Internet as a utility and proposes that ISPs have a legal obligation not to block or limit a user's access to a website.

November — Leading media industry analyst Frost and Sullivan found that the congestion Netflix was complaining about back in March was due to their third-party Internet transit provider, Cogent. It turns out that Cogent was prioritizing the connectivity of its retail customers over its wholesale customers, claiming, "retail customers were favored because they tend to use applications…that are most sensitive to congestion.”

February 2015— Chairman of the FCC, Tom Wheeler, proposes that the commission regulates broadband Internet as a public utility under the its Title II authority. He wants to extend the authority to mobile networks as well. His plan is to modernize the act that was created in 1934 to work for the age of the Internet.

ISPs will have to remain neutral on how they treat websites. In other words, big companies like Netflix, can't pay to get into an Internet fast lane to have their website work faster than other websites that can't afford a ticket to the fast lane.

As broadband Internet under Title II, your monthly Internet bill could go up. ISPs could be subject to $15 million in federal, state, and local fees which could add up to $84 to a U.S. household's internet bill.

February 2016 — A five-member FCC committee voted 3-2 in favor of the new regulations on ISPs. The vote was split along party lines with Republicans voting against the regulations.

January 23, 2017 – President Trump names Ajit Pai as new FCC chairman.
April 26, 2017 – FCC Chairman Ajit Pai announces plan to reverse Title II regulations.
May 1, 2017 – A U.S. appeals court declined to reconsider a rehearing of the FCC’s net neutrality case.
May 18, 2017 – The FCC voted 2–1 to start rolling back net neutrality regulations; this vote marked the beginning of a lengthy process required to modify the existing rules, and it did not actually change said rules.
June 6, 2017 – Amazon, Reddit, Netflix and many other internet organizations announce that they will hold a simultaneous "Day of Action to Save Net Neutrality" on July 12 in a final attempt to convince the Republican-controlled FCC to keep the current net neutrality rules.
July 12, 2017 – The net neutrality 'day of action' occurred, involving many major companies and the original founder of the Web, Tim Berners-Lee.

On November 21, 2017, FCC chairman Ajit Pai unveiled plans to repeal the net neutrality policy in the United States. A vote will be held on December 14, 2017.

February 22, 2018 -- The "Restoring Internet Freedom" ruling was published in the Federal Register, giving opponents of the FCC's decision 60 legislative days from that date to nullify it under the Congressional Review Act.

June 11, 2018 – With the US House of Representatives failing to act under the CRA, the repeal of the FCC's rules took effect.

The FCC's Restoring Internet Freedom Order, which took effect on June 11, provides a framework for protecting an open Internet while paving the way for better, faster and cheaper Internet access for consumers. It replaces unnecessary, heavy-handed regulations that were developed way back in 1934 with strong consumer protections, increased transparency, and common-sense rules that will promote investment and broadband deployment. The FCC's framework for protecting Internet freedom has three key parts: