This guide provides many resources on all aspects of diabetes and diabetes management. 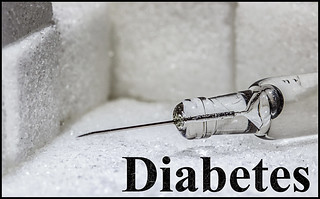 Diabetes is the condition in which the body does not properly process food for use as energy. Most of the food we eat is turned into glucose, or sugar, for our bodies to use for energy. The pancreas, an organ that lies near the stomach, makes a hormone called insulin to help glucose get into the cells of our bodies. When you have diabetes, your body either doesn't make enough insulin or can't use its own insulin as well as it should. This causes sugars to build up in your blood. This is why many people refer to diabetes as “sugar.”

The information in this guide is not a substitute for medical advice. Talk to your doctor if you think you have diabetes. If left untreated, diabetes can lead to a number of severe health problems including heart disease, blindness, kidney failure, and lower-extremity amputations. Diabetes is the seventh leading cause of death in the United States.

Type 1 diabetes usually occurs in children and young adults. It’s always treated with insulin. A healthy diet that controls starches and sugars (carbohydrates) is important. Regular exercise can reduce risk for heart disease and other complications. Symptoms include sudden weight loss, excessive thirst and hunger, frequent urination, nausea, vomiting, poor growth, and lack of energy. If type 1 diabetes is not treated, a condition called ketosis occurs. Ketosis can cause coma and even death.

The following symptoms of diabetes are typical. However, some people with type 2 diabetes have symptoms so mild that they go unnoticed.

Although there are many similarities between type 1 and type 2 diabetes, the cause of each is very different. And the treatment is usually quite different, too. Some people, especially adults who are newly diagnosed with type 1 diabetes, may have symptoms similar to type 2 diabetes and this overlap between types can be confusing.

Type 1 diabetes is caused by a lack of insulin due to the destruction of insulin-producing beta cells in the pancreas. In type 1 diabetes—an autoimmune disease—the body’s immune system attacks and destroys the beta cells. Normally, the immune system protects the body from infection by identifying and destroying bacteria, viruses, and other potentially harmful foreign substances. But in autoimmune diseases, the immune system attacks the body’s own cells. In type 1 diabetes, beta cell destruction may take place over several years, but symptoms of the disease usually develop over a short period of time.

Type 1 diabetes typically occurs in children and young adults, though it can appear at any age. In the past, type 1 diabetes was called juvenile diabetes or insulin-dependent diabetes mellitus.

Latent autoimmune diabetes in adults (LADA) may be a slowly developing kind of type 1 diabetes. Diagnosis usually occurs after age 30. In LADA, as in type 1 diabetes, the body’s immune system destroys the beta cells. At the time of diagnosis, people with LADA may still produce their own insulin, but eventually most will need insulin shots or an insulin pump to control blood glucose levels.

Type 2 diabetes—the most common form of diabetes—is caused by a combination of factors, including insulin resistance, a condition in which the body’s muscle, fat, and liver cells do not use insulin effectively. Type 2 diabetes develops when the body can no longer produce enough insulin to compensate for the impaired ability to use insulin. Symptoms of type 2 diabetes may develop gradually and can be subtle; some people with type 2 diabetes remain undiagnosed for years.

Type 2 diabetes develops most often in middle-aged and older people who are also overweight or obese. The disease, once rare in youth, is becoming more common in overweight and obese children and adolescents. Scientists think genetic susceptibility and environmental factors are the most likely triggers of type 2 diabetes.

Certain factors can increase the risk of developing diabetes:

Diabetes increases your risk for many serious health problems. The good news? With the correct treatment and recommended lifestyle changes, many people with diabetes are able to prevent or delay the onset of complications.

Stay alert for symptoms of skin infections and other skin disorders common in people with diabetes.

Keep your risk of glaucoma, cataracts and other eye problems low with regular checkups.

People with type 1 diabetes must use insulin. Some people with type 2 diabetes can manage their diabetes with healthy eating and exercise. However, your doctor may need to also prescribe oral medications (pills) and/or insulin to help you meet your target blood glucose levels.

The first treatment for type 2 diabetes control is often meal planning, weight loss, and exercising. Sometimes these measures are not enough to bring blood glucose levels down near the normal range. The next step is taking a medicine that lowers blood glucose levels.

Only people with type 2 diabetes can use pills to manage their diabetes, people with type 1 diabetes must use insulin. These pills work best when used with meal planning and exercise. This way you have three therapies working together to lower your blood glucose. Diabetes pills don't work for everyone. Although most people find that their blood glucose levels go down when they begin taking pills, levels may not go near the normal range.

Blood glucose (blood sugar) is an essential measure of your health. With the latest tools and strategies, you can take steps today to monitor your condition, prevent serious complications and feel better while living with diabetes.

Blood glucose monitoring is the main tool you have to check your diabetes control. This check tells you your blood glucose level at any one time. Keeping a log of your results is vital. When you bring this record to your health care provider, you have a good picture of your body's response to your diabetes care plan.

Talk to your doctor about whether you should be checking your blood. glucose. People that may benefit from checking blood glucoseinclude those: