This guide provides sources to learn more about the ethical, legal and moral aspects of marijuana use, medical marijuana and marijuana legalization. 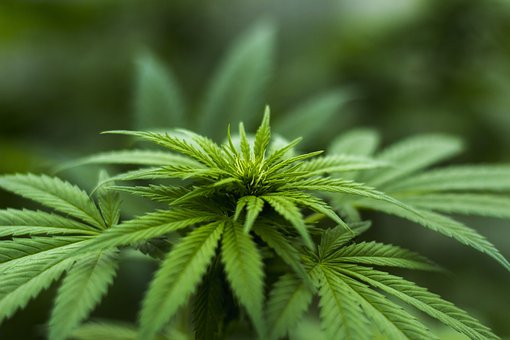 Marijuana is a green, brown, or gray mix of dried, crumbled parts from the marijuana plant. The plant contains chemicals which act on your brain and can change your mood or consciousness.

What is Medical Marijuana?

The marijuana plant has chemicals that can help with some health problems. More states are making it legal to use the plant as medicine for certain medical conditions. But there isn't enough research to show that the whole plant works to treat or cure these conditions. The U.S. Food and Drug Administration (FDA) has not approved the marijuana plant as a medicine. Marijuana is still illegal at the national level. However, there have been scientific studies of cannabinoids, the chemicals in marijuana. The two main cannabinoids that are of medical interest are THC and CBD. The FDA has approved two drugs that contain THC. These drugs treat nausea caused by chemotherapy and increase appetite in patients who have severe weight loss from AIDS. There is also a liquid drug that contains CBD. It treats two forms of severe childhood epilepsy. Scientists are doing more research with marijuana and its ingredients to treat many diseases and conditions.

How do people use marijuana?

There are many different ways that people use marijuana, including

What are the effects of marijuana?

Marijuana can cause both short-term and long-term effects.

While you are high, you may experience

In the long term, marijuana can cause health problems, such as

Can you overdose on marijuana?

It is possible to overdose on marijuana, if you take a very high dose. Symptoms of an overdose include anxiety, panic, and a rapid heartbeat. In rare cases, an overdose can cause paranoia and hallucinations. There are no reports of people dying from using just marijuana.

After using marijuana for a while, it is possible to get addicted to it. You are more likely to become addicted if you use marijuana every day or you started using it when you were a teenager. If you are addicted, you will have a strong need to take the drug. You may also need to smoke more and more of it to get the same high. When you try to quit, you may have mild withdrawal symptoms such as

A pair of medical marijuana legalization initiatives will not appear on Nebraska’s ballot in November, the state announced on Monday. But while advocates are disappointed, they’re already turning their attention to 2024 for another push. While activists with Nebraskans for Medical Marijuana (NMM) had held out hope that they turned in enough raw signatures to qualify, the verification process showed that they came up short by about 10,000 signatures for each measure. In order to qualify, the campaign needed to submit at least 86,776 valid signatures statewide per measure, including at least five percent of registered voters in 38 of the state’s 93 counties. They ended up with 77,843 signatures for one measure and 77,119 for the other, while also failing to meet the county-level signature threshold for both.