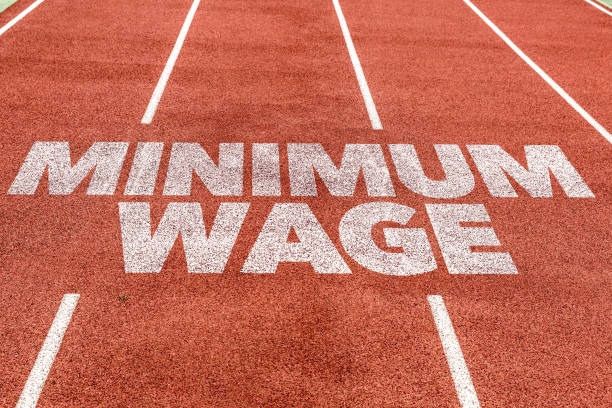 What is meant by "minimum wage?"

A minimum wage is the lowest wage per hour that a worker may be paid, as mandated by federal law. It is a legally mandated price floor on hourly wages, below which non-exempt workers may not be offered or accept a job. As of 2021, the federal minimum wage rate in the United States is $7.25 per hour. Individual states, cities, and localities may pass different minimum wage requirements.

A new Center for American Progress analysis shows that setting one fair minimum wage for all workers across the nation specifically tipped byt also for disabled and temporary teenage workers, will help alleviate poverty, sustainably grow the economy and advance gender, racial, disability, and economic justice.

Eight states have already eliminated the tipped minimum wage entirely. This analysis finds that in those states, workers and businesses in tipped industries have done as well as or better than their counterparts in other states over the years since abolishing the subminimum wage. Meanwhile, 16 states use the federal tipped minimum wage of $2.13 per hour. Another 26 states and the District of Columbia have a tipped minimum wage higher than $2.13 but still below the prevailing regular minimum wage.

Increasing the minimum wage to $15 an hour would reduce the number of Americans living in poverty and boost wages for millions of Americans while adding to the federal debt and joblessness, a new report from the Congressional Budget Office projects.

The federal deficit would increase by about $54 billion over 10 years under a Democratic proposal to gradually increase the federal minimum wage to $15, largely because the higher wages paid to workers, such as those caring for the elderly, would contribute to an increase in federal spending, the estimate found.

The current federal minimum is lower in real value than in 1956. Contrary to many conservative claims, roughly half of all minimum wage workers are adults. At this wage level, people working full-time cannot afford to feed their families. A full-time minimum wage worker makes $15,080, $4,000 below the federal poverty line for a family of three.

Increasing the minimum wage is important not only for economic stability for families, but also for the overall economy. The minimum wage is so low that a full-time worker cannot afford to feed her family and must rely on programs, such as the Supplemental Nutrition Assistance Program (SNAP), to make ends meet. Raising the minimum wage so families are economically more self-sufficient would reduce government spending, saving billions of dollars over just 10 years.

Low-wage workers are also more likely to immediately spend any additional earnings on basic needs and services that they previously could not afford. In turn, demand for local businesses and services rises, strengthening local economies and offsetting any cost increase for businesses. A recent report from the Economic Policy Institute found that increasing the minimum wage to $10.10 by 2015 would result in a $32.6 billion net increase in economic activity over the phase-in period and generate approximately 140,000 new jobs.

Raising the minimum wage is also necessary to close the racial wealth gap. One of the biggest drivers of the racial wealth gap is household income. People of color are overrepresented among low-wage workers. While they made up only 32 percent of the workforce, they represented 42 percent of low-wage workers in 2013. Increasing the minimum wage would particularly benefit workers of color by raising their household income and helping workers of color reach parity with their white counterparts.