Water pollution is the contamination of water bodies, usually as a result of human activities. This guide will cover pollution in MI and other states that have recently seen an increase in polluiton. 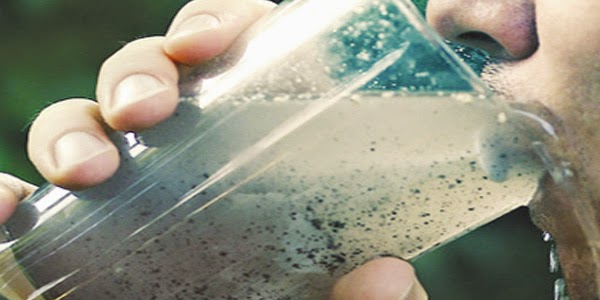 Water pollution is any contamination of water with chemicals or other foreign substances that are detrimental to human, plant, or animal health. These pollutants include fertilizers and pesticides from agricultural runoff; sewage and food processing waste; lead, mercury, and other heavy metals; chemical wastes from industrial discharges; and chemical contamination from hazardous waste sites. Worldwide, nearly 2 billion people drink contaminated water that could be harmful to their health.

1) Over half a billion people live in areas where they consume and rely on polluted water for their survival.

2) Large ships such as transportation vessels and cruise ships are a large contributors to the current condition of water pollution.

3) Many of today’s fertilizers and pesticides carry toxic chemicals that can spill into the ocean, sewage drains, lakes and rivers harming marine life and the animals that drink the water.

4) Only 3% of the worlds water is considered freshwater.

5) Locations such as Bangladesh, India and China are suffering from high levels of water pollution with limited options for disposing of toxic chemicals/materials which threaten the lives of the people living in these areas.

6) The majority of freshwater is found in lakes, rivers, ice and glaciers.

7) Poorly contained toxic materials such as garbage, fertilizer and poisonous chemicals can be picked up by the rain or running water and make its way into local rivers, lakes and the ocean without being treated or filtered.

8) The same chemicals used to keep our homes clean and maintain our automobiles are highly toxic and can find there way into our water systems of not disposed of properly.

9) It is estimated that as many as 100,000 marine mammals are killed every year by pollution.

10) In areas that are highly polluted the opportunities of getting lung cancer, heart disease and other life threatening ailments is significantly higher.

April 2013: Facing severe financial pressures, the city of Flint, Mich., decides to change the source of the city's water and signs a contract with the Karegnondi Water Authority (KWA), but KWA would not supply water until 2016.

April 2014: Flint begins using water from the Flint river until the KWA pipeline from Lake Huron is completed.

May 2014: Flint residents begin to complain about the water.

August 2014: Water tests positive for E. coli bacteria; a boil-advisory is issues in parts of Flint.

January 2015: Flint announces that the water contains high levels of trihalomethanes, in violation of the Safe Drinking Water Act, but city officials tell residents that the water is safe.

February 2015: Flint resident LeAnne Walters’s son develops rashes. High levels of lead are detected in the water in her home.

September 2015: Data show that many children have elevated lead levels in their blood.

October 2015: Flint switches back to using water from Detroit.

January 2016: Volunteers from around the country, including students from Harper Woods High School, Harper Woods, Mich., donate water and supplies to Flint residents.

March 2016: The Flint water task force, appointed by Governor Snyder, finds that state agencies within Michigan are mainly responsible for the crisis.