Conspiracy theories. What are they? Why are some people more likely to believe them than others? This guide explores the topic. 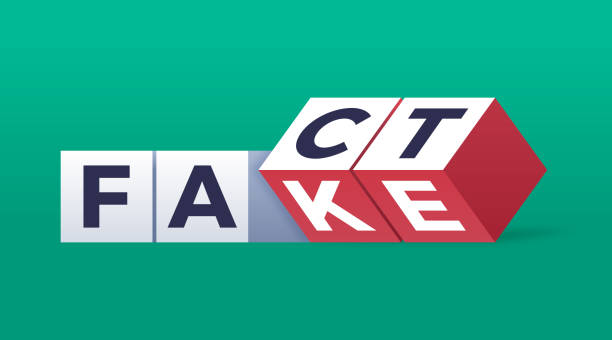 What is a Conspiracy Theory?

A theory that explains an event or set of circumstances as the result of a secret plot by usually powerful conspirators.

A theory asserting that a secret of great importance is being kept from the public.

Conspiracy theories suggesting that the moon landing was actually a hoax that the U.S. government had staged to win the space race with the Soviets began to gain traction in the mid-1970s. Although these claims were false and easily debunked, they have persisted to this day.

Almost 60 years after President Kennedy was assassinated, the majority of Americans apparently believe in conspiracy theories about his death. Did Lee Harvey Oswald act alone? Most people don't think so, although it has been proven likely to be the case. Who did it? The umbrella man? The Mob? Our own government? Eighty-Two people have been accused by conspiracy theorists of having shot JFK.

Mohamed Al-Fayed, whose son Dodi, was Diana's boyfriend at the time and also died in the crash, has repeatedly claimed that he believes his son was murdered with Diana. One theory claims that Prince Charles and the Royal family was responsible for their deaths. There are 175 conspiracy claims surrounding their deaths.

Years of lies, innuendo and disingenuous questions have taken a toll, and substantial numbers of Americans on the left and the right now embrace 9/11 conspiracy theories including that there was advance knowledge of the attacks among high-level government officials.

The most prominent conspiracy theory is that the collapse of the Twin Towers and the World Trade Center were the result of controlled demolitions rather than structural failure due to impact and fire. Another prominent belief is that the Pentagon was hit by a missile launched by elements from inside the U.S. government or that a commercial airliner was allowed to do so via an effective stand-down of the American military. After nearly 20 years, apparently it is all still up for debate.

One in 4 Americans believe the pandemic was created intentionally. Others believe it is a complete hoax. Some believe 5G wireless signals triggered the infection. There are those who believe the vaccination contains a microchip or alters DNA. We can blame it all on Bill Gates or Dr. Fauci if you believe in some of the conspiracy theories.

Read about these and many other conspiracy theories here:

Conspiracy theories occur when people create links between one or more unrelated events, emerging from the need for the human brain to find “patterns”. New research also shows that people with certain personality traits such as low self-esteem are more likely to have a conspiracy theory addiction. Researchers have studied the different reasons why people believe in conspiracy theories and many of the explanations include the following factors:

When a person experiences distress over uncertainty or witnesses a large-scale event, the mind will start to look for explanations that connect the dots. Those with lower analytical abilities and less tolerance for uncertainty are more likely to believe a conspiracy theory. This is because conspiracy theories can often provide explanations for events that seem confusing or frightening and believers can assume that they are being intentionally deceived. People are also naturally inclined to search for information that confirms their existing beliefs, this is known as a confirmation bias.

The ability to easily share and spread information over the internet has increased belief in certain conspiracy theories. Someone with a conspiracy theory addiction may seek out information to support something they already think is true, rather than seek out new information or challenge their beliefs. A need for understanding and consistency can lead to addictive behaviors such as spending excessive time on the Internet and ignoring relationships and responsibilities.

Conspiracy theory addiction can also be caused by the need to feel safe and in control. When the human mind feels threatened, identifying what is causing the danger can be a way to cope with anxiety. One study found that people are more likely to believe in conspiracies if they are feeling anxious. Another study found that people who feel psychologically and/or socio-politically disempowered are more likely to believe in conspiracy theories. People who have a conspiracy theory addiction may be drawn to them as a way of making sense of the world and feeling more in control.

Conspiracy theory addiction can also form as a defense mechanism, especially in those who feel alienation and disaffection from society. Typically, those with a strong belief in conspiracies have a distrust in authority, lower self-esteem, low levels of interpersonal trust, and feel that they are the “heroes” in the story, while those who are conspiring against them are the “enemy.” As modern society becomes more complex and information is more easily spread, some people feel left behind in trying to keep up. When a person feels disadvantaged, they will often find ways to boost their own self-perceptions.

No matter the intent, misinformation can have significant impacts on individuals, groups and societies.

“Misinformation — around what is known about COVID-19, how to vote, or another topic entirely — can affect a person’s health, lead to confusion, or the perpetuation of falsehoods among a community. All of us can be misled. The more something is repeated, the more familiar it becomes and the more likely we are to believe it.

“This is called the ‘illusory truth effect.’ Essentially, the more people who see or hear a piece of misinformation that isn’t challenged, the more likely that misinformation seems true. Often misinformation tugs at your emotions, grabs your attention, and is undeniably appealing. This causes it to spread faster, thereby becoming repetitious, and sticking in people’s thoughts and beliefs.

“Take the consumption of online content as an example. Simply warning someone that a piece of content might not be truthful has been shown to reduce the likelihood it will be shared. Additionally, if readers take specific strategies when reading social media content — such as thinking critically about the information provided, examining how plausible it is, and taking into consideration the reliability of sources — it can mitigate the spread of misinformation online.

“Additionally, we can all play a role in debunking misinformation on social media. If you are on Twitter, whether you are a user or an expert in the subject that is being disputed, your corrections can be an effective way to reduce misperceptions. This can be as simple as recommending related articles that contain a correction or pointing people to multiple trusted sources of information.”