This guide provides suggested resources and other information for beginning research on the topic of depression. 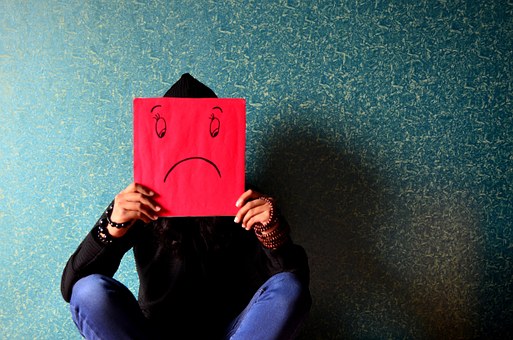 Depression (major depressive disorder) is a common and serious medical illness that negatively affects how you feel, the way you think and how you act. Fortunately, it is also treatable. Depression causes feelings of sadness and/or a loss of interest in activities once enjoyed. It can lead to a variety of emotional and physical problems and can decrease a person’s ability to function at work and at home.

Depression symptoms can vary from mild to severe and can include:

Symptoms must last at least two weeks for a diagnosis of depression.

Major depression. The classic depression type, major depression is a state where a dark mood is all-consuming and one loses interest in activities, even ones that are usually pleasurable. Symptoms of this type of depression include trouble sleeping, changes in appetite or weight, loss of energy, and feeling worthless. Thoughts of death or suicide may occur. It is usually treated with psychotherapy and medication. For some people with severe depression that isn't alleviated with psychotherapy or antidepressant medications, electroconvulsive therapy may be effective.

Persistent depressive disorder. Formerly called "dysthymia," this type of depression refers to low mood that has lasted for at least two years but may not reach the intensity of major depression. Many people with this type of depression type are able to function day to day, but feel low or joyless much of the time. Other depressive symptoms may include appetite and sleep changes, low energy, low self-esteem, or hopelessness.

Bipolar disorder. People with bipolar disorder—once known as manic-depressive disease—have episodes of depression. But they also go through periods of unusually high energy or activity. Manic symptoms look like the opposite of depression symptoms: grandiose ideas, unrealistically high self-esteem, decreased need for sleep, thoughts and activity at higher speed, and ramped-up pursuit of pleasure including sex sprees, overspending, and risk taking. Being manic can feel great, but it doesn't last long, can lead to self-destructive behavior, and is usually followed by a period of depression. Medications for bipolar disorder are different from those given for other depression types, but can be very effective at stabilizing a person's mood.

Seasonal affective disorder (SAD). This type of depression emerges as days get shorter in the fall and winter. The mood change may result from alterations in the body's natural daily rhythms, in the eyes' sensitivity to light, or in how chemical messengers like serotonin and melatonin function. The leading treatment is light therapy, which involves daily sessions sitting close to an especially intense light source. The usual treatments for depression, such as psychotherapy and medication, may also be effective.

Although women are at higher risk for general depression, they are also at risk for two different depression types that are influenced by reproductive hormones—perinatal depression and premenstrual dysphoric disorder (PMDD).

If you suspect that you might suffer from depression, answer the questions below, print out the results, and share them with your health care professional.

Over the last two weeks, how often have you been bothered by any of the following problems?

Depression is one of the most common mental disorders in the U.S. Current research suggests that depression is caused by a combination of genetic, biological, environmental, and psychological factors.

Depression can happen at any age, but often begins in adulthood. Depression is now recognized as occurring in children and adolescents, although it sometimes presents with more prominent irritability than low mood. Many chronic mood and anxiety disorders in adults begin as high levels of anxiety in children.

Depression, especially in midlife or older adults, can co-occur with other serious medical illnesses, such as diabetes, cancer, heart disease, and Parkinson’s disease. These conditions are often worse when depression is present. Sometimes medications taken for these physical illnesses may cause side effects that contribute to depression. A doctor experienced in treating these complicated illnesses can help work out the best treatment strategy.

Psychotherapy (or talk therapy) has an excellent track record of helping people with depressive disorder. While some psychotherapies have been researched more than others, many types can be helpful and effective. A good relationship with a therapist can help improve outcomes.

For most people, psychotherapy and medications give better results together than either alone, but this is something to review with your mental health care provider.

Psychoeducation involves teaching individuals about their illness, how to treat it and how to recognize signs of relapse. Family psychoeducation is also helpful for family members who want to understand what their loved one is experiencing.

Support groups, meanwhile, provide participants an opportunity to share experiences and coping strategies. Support groups may be for the person with the mental health condition, for family/friends or a combination of both. Mental health professionals lead some support groups, but groups can also be peer-led.

For some people, antidepressants may help reduce or control symptoms. Antidepressants often take 2-4 weeks to begin having an effect and up to 12 weeks to reach full effect. Most people will have to try various doses or medications to find what works for them.

For some, brain stimulation therapies may be effective, typically after other treatments have not been effective.These may include Electroconvulsive Therapy, Repetitive Transcranial Magnetic Stimulation or Vagus Nerve Stimulation.

Relying solely on CAM methods is not enough to treat depression, but they may be useful when combined with psychotherapy and medication. Discuss your ideas of CAM interventions with your health care professional to be sure they will not cause side effects or adverse reactions.

Experimental treatments, including Ketamine and Deep Brain Stimulation, are not FDA-appoved but are being researched.

Samaritans free, confidential, 24-hour emotional support and crisis response hotline service is available on an immediate and ongoing basis to help people who are dealing with every kind of problem, illness, trauma or loss as they try to cope with their difficulties.