This guide was created for the purpose of learning about and understanding different cultures, how cultural differences shape our lives and to help us understand the world we live in. 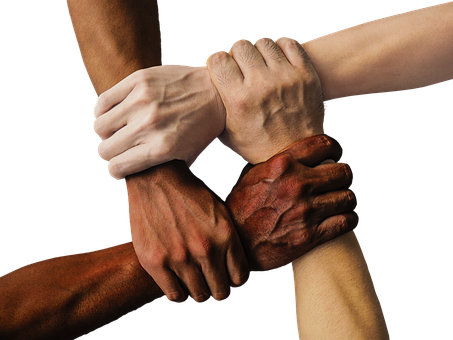 What is Your Culture?

Culture is that which shapes us; it shapes our identity and influences our behavior. Culture is our “way of being,” more specifically, it refers to the shared language, beliefs, values, norms, behaviors, and material objects that are passed down from one generation to the next.

Each race encompasses a multitude of different ethnic groups. An ethnic group refers to people who are closely related to each other through characteristics such as culture, language, and religion. There are many ethnic groups in the United States, due in large part to its immigrant population; each of these groups contributes to America’s cultural heritage. From African Americans to Russian Americans, the United States is one of the most diverse nations in terms of culture.

Cultural diversity is important because our country, workplaces, and schools increasingly consist of various cultural, racial, and ethnic groups. We can learn from one another, but first we must have a level of understanding about each other in order to facilitate collaboration and cooperation. Learning about other cultures helps us understand different perspectives within the world in which we live, and helps dispel negative stereotypes and personal biases about different groups.

In addition, cultural diversity helps us recognize and respect “ways of being” that are not necessarily our own, so that as we interact with others we can build bridges to trust, respect, and understanding across cultures. Furthermore, this diversity makes our country a more interesting place to live, as people from diverse cultures contribute language skills, new ways of thinking, new knowledge, and different experiences.

Cultural diversity in the workplace is when companies are open to hiring employees from all sorts of different backgrounds; regardless of race, religion and culture. When companies recruit and retain a diverse pool of people, it brings about different benefits to the company as well as its employees.

6 Amazing Benefits of Cultural Diversity in the Workplace

There are some very positive benefits that can be hard from having a more diverse workforce. Let’s discuss six amazing benefits to individuals and employing companies;

Companies will also gain from each employee by learning from each other’s experiences and applying this new-found knowledge to their work. Employees from all sorts of different backgrounds get to learn from their colleagues’ experiences from a different perspective. Thus, they are able to bring fresh ideas to the project by thinking out of their comfort zone.

Remember that a diverse workplace combines employees from different backgrounds, ethnicity and experiences, and together breed a more productive environment.

There is a growing realization among healthcare researchers, clinicians, and advocates that a focus on health care disparities is an important aspect of improving healthcare outcomes and that activities toward improvement must bring together many elements of our healthcare delivery system.  The populations that have customarily been underserved in the American health care system include African Americans, Latinos, Native Americans, and Asian Americans.

The term "health disparities" is often defined as "a difference in which disadvantaged social groups such as the poor, racial/ethnic minorities, women and other groups who have persistently experienced social disadvantage or discrimination systematically experience worse health or greater health risks than more advantaged social groups."  When this term is applied to certain ethnic and racial social groups, it describes the increased presence and severity of certain diseases, poorer health outcomes, and greater difficulty in obtaining healthcare services for these races and ethnicities. When systemic barriers to good health are avoidable yet still remain, they are often referred to as "health inequities"

An examination of these disparities at the local and national levels is important in order to highlight the widespread nature of these health inequities. Some obstacles include:

There are many causes behind the racial wealth divide in the United States. For one, African Americans and Latino Americans still earn less money than white Americans and face higher unemployment rates; not unrelatedly, rates of home ownership (a principle means through which families accrue wealth) remain much lower for families of color. What's worse is this racial wealth divide has actually grown more severe since the 1980s.

Looking at median household wealth—that is, the wealth of households at the 50th percentile of the income distribution—Institute for Policy Studies found that, between 1983 and 2016, the overall metric declined by about 3 percent (from $84,111 to $81,704). That trend is damning all on its own: "In other words, despite three decades of economic growth, great leaps in productivity, and other advances, the typical U.S. family at the statistical middle of the wealth distribution not only saw zero benefit, but saw their wealth go down," the researchers note in their report. (The researches define wealth as "the sum total of assets held by a family minus total household debt.")

How to account for this disparity? Discrimination, of course, plays a role—researchers have authoritatively demonstrated that minority Americans continue to face discrimination in hiring and promotion practices. But there's another, perhaps equally nefarious explanation: In the American economy, wealth begets wealth. That is, wealth is increasingly concentrated in the hands of the few (mostly white families), and then passed down from parents to children. American politicians have historically ignored this fact, choosing instead to focus on factors like income and education, in the hopes that wealth would follow. As a result, the wealth gap only increases.

School climate and school culture directly impact student success. As a result, it is particularly important for the school culture (and the classroom culture) to reflect, acknowledge, and celebrate diversity.

1. Because the idea of “diversity” is not even that straightforward. Not only must schools recognize diversity evident among broad racial and ethnic groups (e.g., Asian or Hispanic), but the diversity within these groups must be recognized as well. For example Chinese and Japanese students may share common cultural characteristics as a result of being Asian, but will also have distinctly Chinese and Japanese cultural characteristics that differ from each other. The same is true of Caucasian students who come from vastly different family backgrounds, even from the same neighborhoods. In the interest of treating students equally, giving them equal chances for success, and equal access to the curriculum, teachers and administrators must recognize the uniqueness and individuality of their students.

2. Teachers have a particular responsibility to recognize and structure their lessons to reflect student differences. This encourages students to recognize themselves and others as individuals. It also encourages the appreciation of a diverse school population, and brings a sense of connection between disparate cultural heritages within a single school’s culture. It is certainly in the best interest of students and teachers to focus on the richness of our diversity. Recognizing and acknowledging our differences is part of treating students fairly and equally.

3. So that you can facilitate the process of learning overall. One reason for seeking out and acknowledging cultural differences among students is the idea that learning involves transfer of information from prior knowledge and experiences. To assist in this transfer process, it is important to acknowledge the students’ background, and to validate and incorporate their previous knowledge into the process of acquiring new information. All students begin school with a framework of skills and information based on their home cultures. This may include a rudimentary understanding of the alphabet, numbers, computer functions, some basic knowledge of a second language, or the ability to spell and write their names. It also includes a set of habits, etiquette and social expectations derived from the home.

4. So that you can help students assimilate what they learn with what they already know. If a student cannot relate new information to his own experiences, or connect the new material to a familiar concept, he may perceive the new information as frustrating, difficult or dismiss it completely, believing it to be in conflict with his already tenuous understanding of the world. Teachers have the responsibility to seek out cultural building blocks students already possess, in order to help build a framework for understanding. Some educational pedagogy refers to this process as “scaffolding.” Recognition of a student’s cultural differences provides a positive basis for effective learning, and a “safe” classroom environment. Every group of students will respond differently to curriculum and teachers must constantly adjust to be sure their methods are diverse, both in theory and in practice.

The Multicultural Club, FOCUS and DIVERSITY Clubs promote diversity and harmony at CCC. As a member, you’ll help organize student activities, participate in student recruitment and outreach events, and do fundraising for program and student projects.

Open to all students and staff.