Resources on the topic of Distracted Driving, including the latest statistics and laws. It is intended as a starting point for those researching this topic. 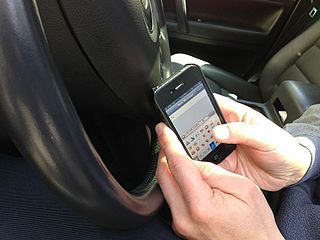 What is Distracted Driving?

Distracted driving is any activity that diverts attention from driving, including talking or texting on your phone, eating and drinking, talking to people in your vehicle, fiddling with the stereo, entertainment or navigation system—anything that takes your attention away from the task of safe driving.

There are three main types of distraction:

Texting is the most alarming distraction. Sending or reading a text takes your eyes off the road for 5 seconds. At 55 mph, that's like driving the length of an entire football field with your eyes closed.

You cannot drive safely unless the task of driving has your full attention. Any non-driving activity you engage in is a potential distraction and increases your risk of crashing.

According to a AAA poll, 94% of teen drivers acknowledge the dangers of texting and driving but 35% admitted to doing it anyway. 21% of teen drivers involved in fatal accidents were distracted by their cell phones.

In 2015, 3,477 people were killed in crashes involving a distracted driver.

In 2015, 391,000 people were injured in motor vehicle crashes involving a distracted driver.

In Nebraska in 2015, of the 160 traffic crashes involving cell phone distractions 43 were teen drivers and 117 were other drivers.Over the last 10 years, on average, Nebraska drivers aged 15-19 have been involved in 43 cell phone distraction crashes per year. On average, Nebraska has had more than 3,600 distracted driving crashes per year over the last 10 years. 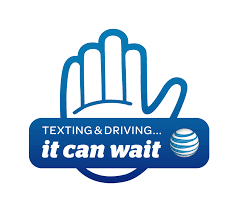 Distracted driving is never OK. Click on the icon above and

pledge to be the change!