Gun control is the set of laws or policies that regulate the manufacture, sale, transfer, possession, modification, or use of firearms by civilians. This guide will help you navigate the federal and state laws. 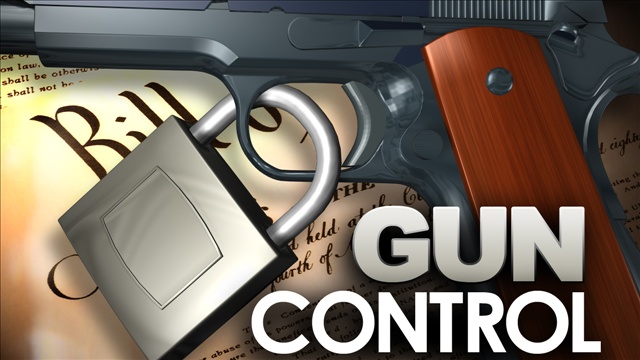 The Second Amendment of the United States Constitution reads: "A well regulated Militia, being necessary to the security of a free State, the right of the people to keep and bear Arms, shall not be infringed." Such language has created considerable debate regarding the Amendment's intended scope. On the one hand, some believe that the Amendment's phrase "the right of the people to keep and bear Arms" creates an individual constitutional right for citizens of the United States. Under this "individual right theory," the United States Constitution restricts legislative bodies from prohibiting firearm possession, or at the very least, the Amendment renders prohibitory and restrictive regulation presumptively unconstitutional. On the other hand, some scholars point to the prefatory language "a well regulated Militia" to argue that the Framers intended only to restrict Congress from legislating away a state's right to self-defense. Scholars have come to call this theory "the collective rights theory." A collective rights theory of the Second Amendment asserts that citizens do not have an individual right to possess guns and that local, state, and federal legislative bodies therefore possess the authority to regulate firearms without implicating a constitutional right.

The Gun Control Act of 1968 (GCA), which regulates firearms at the federal level, requires that citizens and legal residents must be at least 18 years of age to purchase shotguns or rifles and ammunition. All other firearms — handguns, for example — can only be sold to people 21 and older.

State or local officials may implement higher age restrictions but are not allowed to lower the federal minimum.

2. Who's restricted from purchasing or possessing firearms?

Fugitives, people deemed a danger to society and patients involuntarily committed to mental institutions are among those who may not purchase firearms. People with prior felony convictions that include a prison sentence exceeding one year, or misdemeanors carrying sentences of more than two years, are also prohibited from purchasing firearms.

Federal law also blocks the sale of guns to people who have been found guilty of unlawfully possessing or using controlled substances within the past year. This includes marijuana, which, though legalized in many US states, remains illegal under federal law. Other restrictions apply to people who have been issued restraining orders by courts to prevent harassment, stalking or threatening; people who have renounced their citizenship; dishonorably discharged military personnel; unauthorized migrants; and people temporarily visiting the US on nonimmigrant visas, for example as tourists.

3. Does the federal or state government regulate firearms?

The Second Amendment serves as the legal basis for the "right of the people to keep and bear arms."

Though state and local governments regulate whether residents may, for example, carry guns in public, laws regulating who may receive or possess guns are set out at the federal level.

The Bureau of Alcohol, Tobacco, Firearms and Explosives (ATF), a division of the Department of Justice, administers the GCA. The ATF also regulates the standards for issuing licenses to gun vendors.

Shotguns, rifles, machine guns, firearm mufflers and silencers are regulated by the National Firearms Act of 1934. The purchase of semi-automatic weapons is legal in most states, as are automatic weapons made before 1986.

4. Who may sell firearms?

Like handgun owners, dealers interested in obtaining a Federal Firearms License (FFL) must be at least 21 years of age. They must have premises for conducting business and must alert a local law enforcement official at the time of submitting their applications to the federal bureau that regulates firearms. Just like gun owners, they must fulfill the same criteria regarding their history of prior convictions and mental state. The license fee costs $200  for an initial three-year period and $90 for each subsequent three-year-long renewal.

Selling firearms online also falls under these regulations. Although the purchase may be paid for online, the gun itself must be shipped to a registered FFL holder, who then conducts the necessary background check before handing the firearm over to its owner.

However, the law is unclear on what constitutes selling guns for profit. Any individual may sell firearms without a license if his or her motive isn't to make profit for livelihood through repeated and regular sales.

5. Is a background check required to purchase a firearm?

Yes. The amendment to the 1968 Gun Control Act — known as the Brady Handgun Violence Prevention Act of 1993 — requires holders of FFLs to conduct a background check. Potential firearm purchasers fill out a federal form known as the ATF 4473, which checks for prior convictions and other red flags. FFL holders then use the information provided on the form in the background check.

States may decide whether the background check is carried out solely by the FBI's National Instant Criminal Background Check System (NICS) or a combination of the NICS and state agency information.  Roughly 30 states rely solely on the NICS.

Estimated to take under 10 minutes by phone or online, the check gives the FFL holder an immediate answer: approve, delay or deny. A delay indicates the need for further research for three business days, after which point FFL holders can act at their own discretion if the research proves inconclusive.

The Brady law, however, does not apply to someone who is obtaining a firearm from an individual without an FFL.

Only a dozen of the US's 50 states require purchase permits for handguns. Of those states, only three — California, Connecticut and Hawaii — require permits for the purchase of rifles and shotguns.

California, for example, requires applicants to pass a written test and enroll in a gun safety class to obtain purchase permits. States with this requirement do not recognize the "concealed carry reciprocity" policies of some states, which allow gun owners licensed in one state to bring their weapons to another.

8. What is the 'gunshow loophole'?

The law on selling, receiving and possessing firearms is clear. Yet not every individual providing the gun in a transfer requires an FFL, which in turn means that not every buyer is legally subject to a background check. This potentially enables guns to fall into the hands of users who might otherwise not be allowed to own a firearm.

According to the ATF, anyone can sell a gun without an FFL from their home, online, at a flea market or at a gun show as long as he or she is not conducting the sale as part of regular business activity. One example would be someone who sells a firearm from his or her personal collection. Others who are exempt include those giving guns as gifts. Only individuals whose "principal motive" is to make a profit via sale must obtain an FFL.

A gun may also be purchased on behalf of a third party as long as it is a gift and as long as the recipient does not violate federal restrictions on gun ownership to the best of the gift giver's knowledge. The same applies to the general transfer of guns. Children younger than 18 may possess guns that were given to them by parents or guardians as gifts provided that they have written permission.

Most federal gun laws are found in the following acts:

“All persons are by nature free and independent, and have certain inherent and inalienable rights; among these are life, liberty, the pursuit of happiness, and the right to keep and bear arms for security or defense of self, family, home, and others, and for lawful common defense, hunting, recreational use, and all other lawful purposes, and such rights shall not be denied or infringed by the state or any subdivision thereof. To secure these rights, and the protection of property, governments are instituted among people, deriving their just powers from the consent of the governed.”

Open carry for the purpose of this site simply refers to carrying an unconcealed handgun (in a proper holster). According to Nebraska's Concealed Handgun Permit Act, “Concealed handgun means the handgun is totally hidden from view. Additionally, “Handgun means any firearm with a barrel less than sixteen inches in length or any firearm designed to be held and fired by the use of a single hand...”

Age to Possess a Handgun (Carry)

The legal age to carry in Nebraska is 18. “Any person under the age of eighteen years who possesses a handgun commits the offense of unlawful possession of a handgun.”

Nebraska State Law allows for a non CHP holder to conceal a weapon in certain cases. “It is an affirmative defense that the defendant was engaged in any lawful business, calling, or employment at the time he or she was carrying any weapon or weapons and the circumstances in which such person was placed at the time were such as to justify a prudent person in carrying the weapon or weapons for the defense of his or her person, property, or family.”

An identification card is required for those who wish to open carry in the city of Omaha. This card is issued to those who have completed an approved firearm training program (8-10 hours in classroom, 2 hours on shooting range). A notable exception to this is that one may open carry if he possesses a valid CHP.

It shall be unlawful for any person to knowingly possess or cause to be present a firearm or other dangerous weapon in a city and/or county facility. (130)

City and/or county facility shall mean a building or part thereof owned or leased by the City of Lincoln Nebraska and/or Lancaster County or which is used as offices for any city and/or county employee. Nothing in the Concealed Handgun Permit Act prevents a person [with a CHP] from carrying a concealed weapon as permitted under [affirmative defense].

It shall be unlawful for any person to knowingly possess or cause to be present a firearm or other dangerous weapon in a domestic violence victim facility or shelter or substance abuse treatment center licensed by the State of Nebraska. (140)