This guide is designed to help you find material available on Prison Reform in the United States. 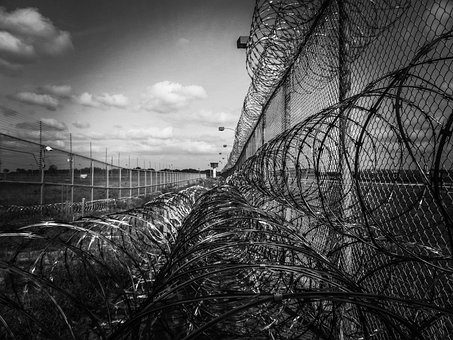 What Do We Mean By Prison Reform?

Prison and Asylums Reform is the attempt to improve conditions inside prisons, establish a much more effective penal system, or implement alternatives to incarceration. It also focuses on ensuring the reinstatement of those whose lives are impacted by crimes.

In recent years, activists and lawmakers from both sides of the political spectrum have publicly considered an array of possible reforms to the American correctional system. Their reasons are diverse—some are concerned about humanitarian issues within the prison system, some are trying to rein in massive governmental spending, some are trying to rationalize inconsistent policies, others are trying to redress inequities in the law.

A brutal arctic cold wave, which saw temperatures plummet to as low as -56 degrees Fahrenheit and caused at least 23 deaths, has passed for most Americans. But many of the men and women incarcerated in the United States continue to suffer from the weather in shockingly deplorable conditions. Their recent plight is only the most recent manifestation of a much larger problem.

During the cold snap, 1,200 prisoners were left sick and frantic in freezing cells in Brooklyn’s Metropolitan Detention Center, a federal prison. Despite the frigid conditions, they were reportedly denied access to extra clothing and blankets. The inmates were left to bang pots and pans on their cell windows to signal their distress.

Unfortunately, these appalling conditions are not uncommon.

The American Civil Liberties Union recently filed a class-action lawsuit accusing the Rhode Island Department of Corrections of housing prisoners in cells with no heat, even as temperatures dropped to 1 degree.

At least 23 people have died behind bars in Texas since 1998 due to extreme temperatures; a recent lawsuit alleges that the Texas Department of Corrections continues to deny Dallas prisoners protection from dangerous weather conditions.

And a federal lawsuit in Louisiana last year revealed that prison staff punish suicidal and mentally ill inmates by exposing them to extreme cold while being chained to wooden chairs.

Extreme weather conditions are only one tool the American criminal-justice system uses to send the message that inmates  are less than human.

More than 60,000 Americans are in solitary confinement, spending 22 to 24 hours in their cells per day. Prisoners who are isolated for this number of hours, sometimes for decades at a time, are often driven to the brink of insanity. They experience delusions, engage in desperate acts of self-mutilation and attempt suicide at alarming rates.

Recognizing that those in prison are our fellow humans and citizens reminds us of what we should have known all along: Criminal convictions should not lead to the denial of basic rights and human dignity.

Year after year, the United States beats out much larger countries -- India, China -- and more totalitarian ones --Russia and the Philippines -- for the distinction of having the highest incarceration rate in the world. Nearly 2.2 million adults were held in America's prisons and jails at the end of 2016. That means for every 100,000 people residing in the United States, approximately 655 of them were behind bars. If the U.S. prison population were a city, it would be among the country’s 10 largest. More people are behind bars in America than there are living in major cities such as Philadelphia or Dallas.

But, after decades of explosive growth, there are signs that the country is turning the corner on mass incarceration.

The prison population decreased in 2016 for the third straight year, and prison reform, in general, is one of the rare issues with bipartisan support on Capitol Hill and in the White House.

On the other hand, approximately $80 billion is still spent each year on corrections facilities alone, according to a Prison Policy Initiative report, dwarfing the $68 billion discretionary budget of the Department of Education.

A lot of the debate on criminal justice reform focuses on mandatory minimums. What are they and why do people think they’re unfair?

Simply put, anyone convicted of a crime under a “mandatory minimum” gets at least that sentence. The goal of these laws when they were developed was to promote uniformity; it doesn’t matter how strict or lenient your judge is, as the law and the law alone determines the sentence you receive.

Regrettably, the adoption of mandatory minimums has not led to a fairer system. In fact, it's had the opposite effect. By tying judges’ hands, mandatory minimums effectively took power away from judges and gave it to prosecutors, who could threaten to charge defendants with crimes that would “trigger” a mandatory minimum. Facing a harsh sentence from which there’s no other escape, a defendant can often feel coerced into admitting their guilt — even sometimes falsely confessing.

Interestingly, federal judges have come to dislike mandatory minimums, especially in drug cases. Mandatory minimums often apply to nonviolent drug offenders, forcing judges to harshly punish those who pose the least physical danger to communities. While the goal of mandatory minimums may have been fairness, they’ve instead caused an imbalance in the courtroom that has helped drive mass incarceration.

“Three-strikes” laws are another way legislatures have removed sentencing discretion that judges used to have. Under these laws, which started in California, a person is considered to be beyond rehabilitation after committing three crimes. As a result, once they’ve reached the “third strike,” the penalty is much more severe than it would usually be. Sometimes a life sentence can result from a combination of relatively minor offenses, just because the third strike requires the judge to impose a very long prison sentence. There are people today spending their lives in prison for committing three petty crimes.

These punishments are inhumane and nonsensical, even from a public safety perspective. It costs money to keep people in prison, so a three-strikes law can result in the government spending $500,000 to incarcerate someone for committing three $500 crimes.

The Brennan Center for Justice

In 2016, black Americans comprised 27% of all individuals arrested in the United States—double their share of the total population. Black youth accounted for 15% of all U.S. children yet made up 35% of juvenile arrests in that year. What might appear at first to be a linkage between race and crime is in large part a function of concentrated urban poverty, which is far more common for African Americans than for other racial groups. This accounts for a substantial portion of African Americans’ increased likelihood of committing certain violent and property crimes. But while there is a higher black rate of involvement in certain crimes, white Americans overestimate the proportion of crime committed by blacks and Latinos, overlook the fact that communities of color are disproportionately victims of crime, and discount the prevalence of bias in the criminal justice system.

The proliferation of racial disparities in the U.S. criminal justice system has a profound impact on the lives of people of color. Behind each statistic lies the face of a young black man or woman whose potential has been cut short by a harsh prison sentence mandated by draconian drug laws. Behind each percentage point lies the face of a Latina child who will only know her parents through hurried, awkward visits in a prison visitation room. Behind each dataset lies a community of color bereft of hope because its young people have been locked away.

Prison time is the price of most crimes in America, but it is not the only way to keep our communities safe. When it comes to non-violent drug offenders, many signs indicate that supervid rehbiliitation programs are a more efective solution to reduce recidivism.

A study conducted by the Bureau of Justice Statistics found that drug offenders were the second most likely group to reoffend after property offenders; 76.9 percent of drug offenders released in 2005 were rearrested within five years, nearly half of those within the first year of release.

Our inclination in corrections is to punish and that typically comes in the form of incarceration,” she said. “When individuals are in prison, they’re not going to get the same kind of ongoing rehabilitation needed to overcome their drug dependencies.

It is also worth considering the outcome of putting non-violent drug offenders into harsh, anti-social prison environments. It often means exposin low-risk individuals with no history of violence to the influence of much more dangerous inmates, including those who have committed violent or sexual crimes.

Rehabilitation is about putting an end to the cycle of recidivism that will otherwise continue to place the burden back on the corrections system and on American taxpayers. Anti-drug efforts currently cost the U.S. more than $50 billion a year, according to the Drug Policy Alliance.

Although implementing a community corrections program might be expensive at the onset, it will ultimately be more cost-effective than incarceration, especially when taking into account the effect rehabilitation will have on recidivism.

The criminal justice system needs to implement a new strategy to help non-violent drug offenders overcome their substance abuse issues because the current system of incarcerating them – with little to no rehabilitation – just isn’t sustainable.

In December 2018 the FIRST STEP Act was signed into law — a major win for the movement to end mass incarceration.

For years, Congress had attempted to pass criminal justice reform legislation, such as the Sentencing Reform and Corrections Act (SRCA) introduced in 2015 by Senators Chuck Grassley (R-Iowa) and Dick Durbin (D-Ill.). But the SRCA failed to pass in 2016 despite overwhelming bipartisan support.

The FIRST STEP Act is consequential because it includes provisions for meaningful sentencing reform, which would reduce the number and amount of people in prison and is part of the starting point of any serious legislation for criminal justice reform. Sentencing laws played a central role in the rise of mass incarceration in recent decades. The federal prison population, in particular, has risen by more than 700 percent since 1980, and federal prison spending has increased by nearly 600 percent. That growth has disproportionally affected African Americans, Native Americans, and Latinos.

The FIRST STEP Act shortens mandatory minimum sentences for nonviolent drug offenses. It also eases a federal “three strikes” rule — which currently imposes a life sentence for three or more convictions — and issues a 25-year sentence instead. Most consequentially, it expands the “drug safety-valve,” which would give judges more discretion to deviate from mandatory minimums when sentencing for nonviolent drug offenses.

Beyond sentencing reform, the FIRST STEP Act includes provisions that will improve conditions for current prisoners and address several laws that increased racial disparities in the federal prison system. The bill will require federal prisons to offer programs to reduce recidivism; ban the shackling of pregnant women; and expand the cap on “good time credit” — or small sentence reductions based on good behavior — from around 47 to 54 days per year. That “good time” amendment will benefit as many 85 percent of federal prisoners.