What is processed and ultra processed food. Advantages and Disadvantages. 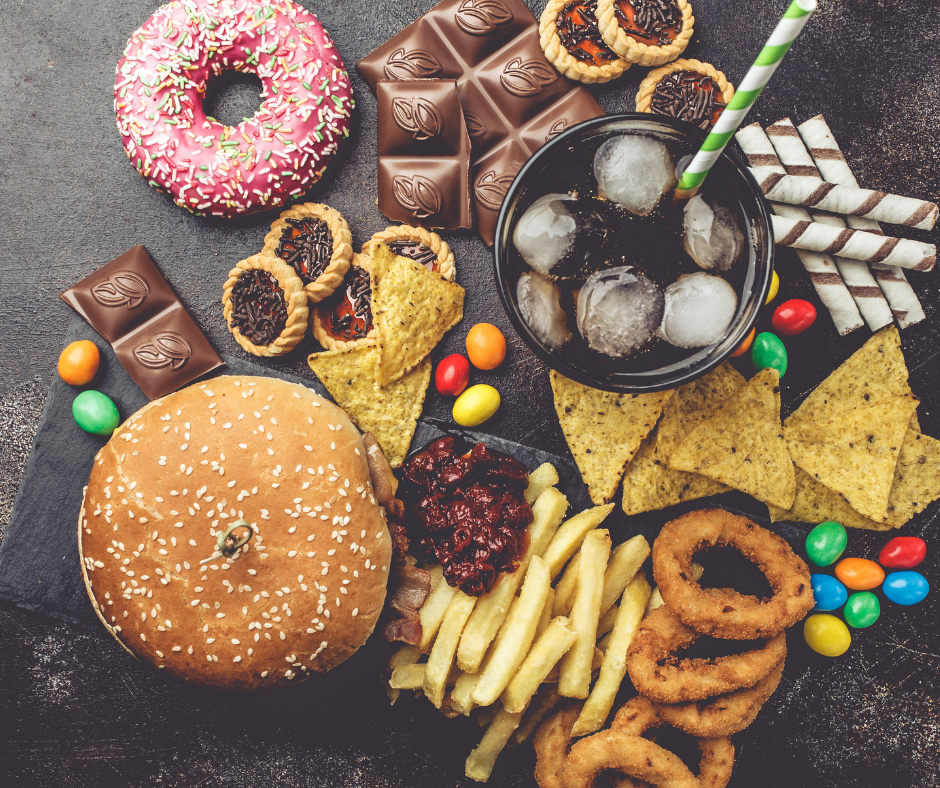 What does food processing mean?

According to the Department of Agriculture, processed food are any raw agricultural commodities that have been washed, cleaned, milled, cut, chopped, heated, pasteurized, blanched, cooked, canned, frozen, dried, dehydrated, mixed or packaged — anything done to them that alters their natural state. This may include adding preservatives, flavors, nutrients and other food additives, or substances approved for use in food products, such as salt, sugars and fats.

Processed foods: What you should know - Mayo Clinic Health System

The important benefits of food processing include:

The important drawbacks of food processing include:

Unprocessed foods include the natural edible food parts of plants and animals. Minimally processed foods have been slightly altered for the main purpose of preservation but which does not substantially change the nutritional content of the food. Examples include cleaning and removing inedible or unwanted parts, grinding, refrigeration, pasteurization, fermentation, freezing, and vacuum-packaging. This allows the food to be stored for a greater amount of time and remain safe to eat. Many fresh fruits, vegetables, whole grains, nuts, meats, and milk fall into this category.

Foods from either of the two previous groups that have added salt, sugar, or fats. Some canned fruits and vegetables, some cheeses, freshly made bread, and canned fish are examples. These foods usually are made from at least 2-3 ingredients and can be readily eaten without further preparation.

Fortified foods contain vitamins and minerals that are added after processing. Either these nutrients were lost during processing, or they were added because they are lacking in the average diet. Examples include B vitamins (riboflavin, niacin, niacinamide, folate or folic acid), beta carotene, iron (ferrous sulfate), vitamin C (ascorbic acid), Vitamin D, or amino acids to boost protein content (L-tryptophan, L-lysine, L-leucine, L-methionine).

Also commonly referred to as “highly processed foods,” these are foods from the prior group that go beyond the incorporation of salt, sweeteners, or fat to include artificial colors and flavors and preservatives that promote shelf stability, preserve texture, and increase palatability. Several processing steps using multiple ingredients comprise the ultra-processed food. It is speculated that these foods are designed to specifically increase cravings so that people will overeat them and purchase more. They are typically ready-to-eat with minimal additional preparation. Not all but some of these foods tend to be low in fiber and nutrients. Examples are sugary drinks, cookies, some crackers, chips, and breakfast cereals, some frozen dinners, and luncheon meats. These foods may partially if not completely replace minimally processed foods in some people’s diets. One study using data from the U.S. National Health and Nutrition Examination Survey found that ultra-processed foods comprised about 60% of total calories in the U.S. diet. An association has been suggested between the increasing sales of ultra-processed foods and the rise in obesity.

Ingredients used widely in the production of highly/ultra-processed foods such as saturated fats, added sugar, and sodium have become markers of poor diet quality due to their effect on heart disease, obesity, and high blood pressure. It is estimated that ultra-processed foods contribute about 90% of the total calories obtained from added sugars.

These 10 companies, known as the “Big Ten,” are Nestlé, PepsiCo, Coca-Cola, Unilever, Danone, General Mills, Kellogg’s, Mars, Associated British Foods and Mondelez. Each of these companies employs thousands and make billions of dollars in revenue every year, while virtually controlling the world’s food supply.

Essentially, these companies work to propagandize the public into a sense of familiarity through advertising, in an effort to keep people buying their “food-like” products. Across western society, and specifically in the United States, most of what we buy is what environmental and food advocate Michael Pollan deems “edible, food-like substances.”

Typically, “food-like” items come from a guy in a white lab coat, rather than from nature, and these products are not good for your body, or your health. It is important to remember that the “Big 10” specialize in edible “food-like” products that come from a lab and you should do your best to steer clear of them.

While “food-like” products may not be extremely harmful when used infrequently, it is important to remember that these products often contain unhealthy trans fats, high levels of sodium, hydrogenated oils and refined sugar, especially high fructose corn syrup. All of these things have been linked to one or more chronic diseases. In addition, many processed foods are much lower in vitamins and minerals but much higher in calories than whole foods.

Behind the Brands: Food justice and the ‘Big 10’ food and beverage companies (openrepository.com)

PepsiCo Although calling Pepsi-Cola a "food" is disputable, PepsiCo reaches far beyond the world of soft drinks. The company has come a long way since its founding in 1898. PepsiCo brought in $44.3 billion in revenue last year. The company owns both the Gatorade and Propel brands of sports drinks, as well as Mountain Dew and SoBe beverage brands.

But more surprising, PepsiCo owns Frito-Lay, which produces an enormous variety of snack foods, including Ruffles, Lay's, Tostitos and Fritos brands. Healthier eaters might be surprised to find out that Pepsi owns Tropicana, some lines of the TAZO juice and tea brand and Quaker - which produces such wholesome foods as oatmeal, Mother's cereal and puffed wheat. And if you're curious who's winning the long-fought cola war - Coke or Pepsi - the Coca-Cola Company raked in just $31 billion in 2009.

Dole Food Company can pat itself on the back: It is the world's largest producer of fruit and vegetables. In 2009, the company saw revenues of approximately $6.8 billion, which is a far cry from its modest beginnings in Hawaii back in 1851. Missionaries Samuel Northrup Castle and Amos Starr Cooke founded Castle & Cooke, and they invested in seafood packing, railroad production and shipping initiatives. That company acquired James Dole's Hawaiian Pineapple Company and the Standard Fruit Company by the 1960s.

After Castle & Cooke was spun off in 1995, the produce giant moved its headquarters to Westlake Village, California. Now, Dole operates plantations all over Central America, South America and the Philippines, producing everything from bananas to pre-packaged salad mixtures to fruit cups.

Minnesota's General Mills has its fingers in a large variety of food brands - so many, in fact, that the company made a tidy $14.7 billion in sales last year. Founded in 1856, it was originally known as the Minneapolis Milling Company and didn't acquire its current name until 1928. Since then, the company has made acquisitions in clothing stores, restaurants and toys; although, it now focuses primarily on food production and marketing.

General Mills likely owns some of your favorite brands, including Betty Crocker, Pillsbury, Yoplait and Green Giant. On top of that, the conglomerate has ventured into the natural and organic food industry and owns Cascadian Farm, Muir Glen and Lärabar - a health-bar without gluten, soy or dairy.

Nestlé When it comes to packaged foods, you can't get any bigger than Nestlé. Although its origins are found in Switzerland, the company has become the largest packaged food company in the world, and you'd be hard-pressed to not find a Nestlé product in nearly every kitchen in the nation. The company's revenue reached $110 billion last year, and you can bet all that money didn't come from selling just chocolate milk mix.

Nestlé's American brands are wide-ranging, from the candy you would expect (Gobstoppers, Pixy Stix and Laffy Taffy) to coffee (Nescafé and Taster's Choice). The company has also made a surprising number of acquisitions in the frozen pizza category, owning Digiorno, California Pizza Kitchen, Hot Pockets, Lean Pockets and Tombstone.

Kraft Foods While Nestlé reigns king of the international food scene, Kraft holds the title for largest food company headquartered in the United States. Northfield, Illinois is the home of this food giant, which brought in $40.4 billion in revenues last year. The company was started in 1923, and its focus was originally on ice cream products. The company later expanded into a full range of dairy products.

Now, Kraft offers a seemingly endless range of food products. If PepsiCo has a monopoly on chips and Nestlé has a firm grip on frozen pizza, then Kraft knows its crackers: Wheat Thins, Triscuits, Ritz, Nabisco and Cheese Nips are all owned by the company. But much like its counterparts, Kraft has also made inroads in the health, diet and upscale food industries. They market South Beach Living meal replacement bars, Boca meatless products, and Grey Poupon.

There are many potential health effects of ultra processed foods, including: